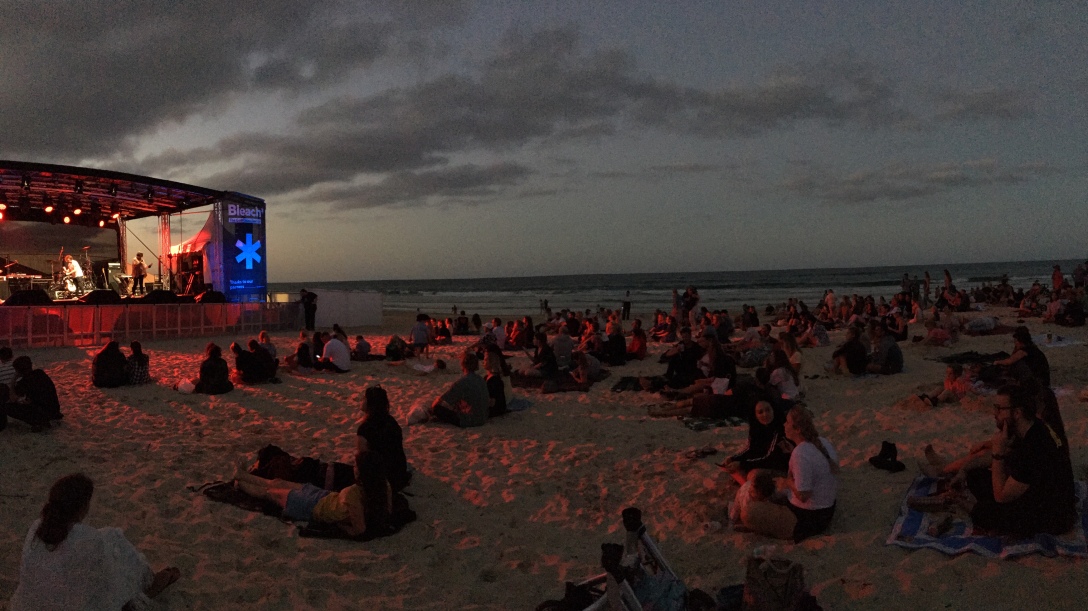 In what looked like my first real weekend since the start of February, I gave myself 36 hours of solitude. This decompression was long overdue.

We’ve seen the list of things I got up to in the last four months. I finally bounced back from that mystery virus 15 April, and immediately, things were non-stop again. In great, amazing, heart-full and thrilling ways – but still, it was non-stop.

With the encouragement and full support from my art heroes and mentors and peers, I put myself out there and applied for a massive role in Sydney, of which I did get shortlisted for an interview. Whilst I did not get through to the final round of interviews, to be in the top six was a win bigger than I had anticipated. The process was humbling – reminding me of the things I need/want to continue to learn and get better at, affirming – to consolidate all my experience and to be seen by my community, and electrifying – that my ambitions and a hunger for bigger things is very strongly felt.

In the same week of receiving the news of the application, I also went on a couple of dates that not only weren’t underwhelming, but lit sparks in me I wasn’t expecting to feel. The two dates took me across thresholds, way beyond the grief that I have been holding these past 11 months. It was easy, comfortable, and stimulating, and I felt for the first time in a while now, seen, desired, and free.

I carried this combined intensity into a retreat that Dan and I had planned for us in Brisbane and the Gold Coast. To consolidate our work last year, and to plot and plan our year(s) to come in this artistic partnership, we went deep into why we do what we do together, and what will we do together? All these whilst being immersed in the Asia Pacific Triennial and Bleach* Festival! (What a life!)

It was rich conversations about our personal and shared ambitions, the philosophies that underpinned who we are, and big strategy stuff moving forward.

By the time I arrived in Sydney for the interview, my brain and heart was full. Considering also the excitement of the works I was already making this year for Refuge and The Little Old Cooking Club that Could, it was all so energising, so much so that I felt ready to burst. I had multiple parallel universes in my head – all of which I aspired towards, all of which would bring me just as much joy. It sounds ridiculous, but this surge of fire in my belly was so palpable – I felt like if I didn’t release a valve or two, I might just have had a real heart attack.

But mostly, I realised I was starting to get caught up in the waves.

It’s a real privilege and wonder to dream up parallel universes which are actually achievable and foreseeable. But at the end of the day – I am only right here in this one spot at any given moment. And right in front of me is what I need to do, and do well.

Not getting through to the next round of interviews was actually a relief. While the job was a challenge I was mentally ready to take on, I don’t know if I was emotionally prepared to move cities just as I was settling into my home and community around me.

In the same day, I also found out that I didn’t get the grants to develop The Little Old Cooking Club that Could. Instead of feeling disappointed though, I felt light. The Refuge projects are big, and I was already behind on my work at TNA from being sick, and life admin from just being busy. Not getting the grants is buying me time, and I felt like I finally could exhale.

Another valve released, I caught my breath, and I caught up with myself again.

In the 36 hours of solitude, I slept, read, strolled, saw more art, and took a big long bath. And alone with my thoughts, I unraveled.

I also took a long hard introspective look at how I was feeling and behaving since the dates more than a fortnight ago. I revisited my patterns and tendencies in past relationships. And I mulled over what I am looking for, and what I might be ready for.

I know that I value emotional intimacy, and value my time. So I don’t give much to superficial relationships – be it with family, friends or lovers. And between the (very) quick dive into the deep and meaningful, my innate need for adventure and surprise, and just going with my desires, I can also be rather impulsive.

But wisdom is a truly precious gift. And so I take another breath, and release another valve.

36 hours of solitude. And a reminder to tread gently.

My dreams are big. My desires are strong. But I’ve got time. I’ve got plenty of time.